An £18,000 grant to a charity coalition with alleged ties to terrorist organisations has been brandished “completely counter-intuitive” by interfaith groups

A government department donated £18,000 to a charity coalition with ties to the Muslim Brotherhood, a group whose activities Britain has vowed to curtail following concerns over their extremist links in the Middle East, it has been claimed.

Last week the Telegraph revealed that the government was set to impose curbs on Muslim Brotherhood-linked organisations after a report by a senior diplomat exposed its ties with Islamist armed groups in Middle East and elsewhere.

Yet a Department for Communities and Local Government’s (DCLG) spending report shows they donated £18,397 earlier this year to the Muslim Charities Forum (MCF), an umbrella group for a number of leading Islamist charities, some of which allegedly have links to the Muslim Brotherhood, Hamas and other terrorist organisations.

David Cameron ordered an urgent investigation into the Muslim Brotherhood’s alleged role in violent extremism in April, after Gulf allies put pressure on the government to curtail the movement’s London-based operations. END_OF_DOCUMENT_TOKEN_TO_BE_REPLACED

SCOTTISH companies led the way in a market rally as the Scottish independence vote was quashed and investors ruled out a flurry of headquarters relocations in the financial sector.

Shares in Royal Bank of Scotland surged three per cent while energy provider SSE, Glasgow-based engineer Weir and Standard Life were up by around two per cent in early trading.

RBS, along with rival Lloyds Banking Group and insurance firm Standard Life, had indicated that it would consider a move south if Scotland opted to split from the United Kingdom. END_OF_DOCUMENT_TOKEN_TO_BE_REPLACED

Berlin (AFP) – German authorities banned a group Tuesday accused of raising millions for the Lebanese militant organisation Hezbollah and staged raids across the country against its members.

“The name of the group masks its actual purpose,” ministry state secretary Emily Haber said in a statement.

She said the organisation, based in the western city of Essen, had raised 3.3 million euros ($4.6 million) in donations between 2007 and 2013 for the Lebanese Shahid Foundation, an “integral” part of Hezbollah. END_OF_DOCUMENT_TOKEN_TO_BE_REPLACED

Despite its Crimea crime, Russia votes at the UN to honor Libya‘s sovereignty against rebel attempts to steal the country’s oil. The world order still needs that kind of Russia.

The oil tanker Morning Glory is seen docked at the Es Sider oil export terminal in Libya in this March 8 photo. U.S. Navy SEALS seized the ship Monday after Libyan rebels arranged to take it to a foreign port.

Before Russia’s actions in Crimea lead people to rebrand it as the “evil empire” of Soviet days, it deserves some credit for a civilized move at the United Nations on Wednesday.

Moscow voted in favor of a Security Council resolution that stands up for Libya’s sovereignty. The resolution condemns any attempt to steal oil from the North African country, which holds the ninth largest proven oil reserves in the world. Earlier this month, a rebel group sailed off with a tanker full of Libyan oil in a brazen attempt to sell it to an unknown buyer. On Monday, US Navy SEALs retook the tanker in the Mediterranean at the request of Libya’s government. END_OF_DOCUMENT_TOKEN_TO_BE_REPLACED

This entry was posted in Financial, Terrorism, Turkey, Videos.

EU directive on trade secrets: an opportunity Malta should not miss

Traditionally businesses treat physical assets as their most valuable. Intangible assets are, however, increasingly relevant. This is particularly true of intellectual property. The new challenge for businesses is keeping the ingredients that define their product or service secret.

The European Commission’s Proposal for a Directive on the Protection of Trade Secrets published in November 2013 will likely be well received by European commercial players across the spectrum. Its objective: a uniform level of protection and certainty for trade secrets throughout the single market.

END_OF_DOCUMENT_TOKEN_TO_BE_REPLACED

Bitcoin and the fictions of money

The New York Times Reuters – A mock Bitcoin is displayed on a table in an illustration picture taken in Berlin January 7, 2014. REUTERS/Pawel Kopczynski/Files

How should we think about a currency like Bitcoin? The first thing to remember is this: Money is a sort of collective fiction. What money we choose to trust says much about how we see the world.

Above the simplest exchanges, most money has limited use. Gold, the most common historical currency, is almost only good for adornment. To its fans, gold’s uselessness is a value in itself; since the stock of gold is not consumed, it’s reasonably stable, while governments can print all the currency they want.

Paper is, of course, a proxy for the government issuing the money. How much we trust the government’s ability to collect taxes, pay debts, and so on is the collective fiction that gives a country’s money value. END_OF_DOCUMENT_TOKEN_TO_BE_REPLACED

Get email updates on Secrecy for Sale, ICIJ and other Center for Public Integrity projects.

Until now, no journalist had been able to crack the secret offshore money system on a global scale. But Offshore Leaks laid it bare: Columbia Journalism Review called it “a landmark series on offshore tax havens that has law enforcement scrambling and scofflaws sweating from Mongolia to Germany, Greece to the US.”

Hundreds of articles showed how fraudsters, politicians and the wealthy move and hide money. It took two years for the International Consortium of Investigative Journalists to piece it all together.

The result is a global investigative reporting project that has had unprecedented impact around the world. It prompted high profile resignations, criminal and civil inquiries, policy changes, and official investigations on four continents.

This week we published the last major chapter in the series: the extensive links of China’s elites to tax havens around the world.

We have gathered the stories from more than 60 countries and displayed them in an interactive map that illustrates the breadth of the work.

END_OF_DOCUMENT_TOKEN_TO_BE_REPLACED 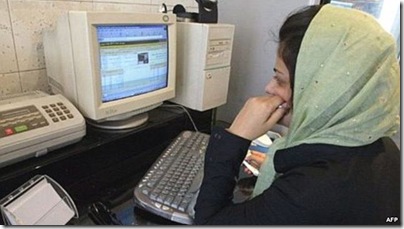 Many Iranians have complained of disruptions to Gmail and other “foreign” e-mail services in recent months.

Iran’s minister of communications and information technology, Reza Taghipour, has sent a letter to the head of the country’s Central Bank, Mahmud Bahmani, asking him to instruct banks to refrain from sending bank statements to e-mail addresses administered by foreign providers.
In his letter, Taghipour says that banned foreign e-mail providers include Yahoo, Hotmail, Gmail, and MSN.
The communications minister has called on banks to only accept national e-mail addresses from customers when they open accounts.
Taghipour has requested that banks provide access to the Internet for customers to be able to create national e-mail accounts at their premises.
The move appears to be aimed at forcing citizens to join the national e-mail system, which many Iranians have been reluctant to use.
Some Iranian websites have reported that the use of the national e-mail is obligatory for those working for the government and state institutions.

END_OF_DOCUMENT_TOKEN_TO_BE_REPLACED

Despite its proximity to Europe and its status as a major African oil producer, Libya‘s sparse population and relative isolation from its neighbors make the stakes of civil unrest much lower than in other regions of the Arab world.

Libya returned to the headlines Saturday when a protest in front of the headquarters of the National Transitional Council (NTC) turned violent. A group of demonstrators in Benghazi broke into the building, vandalized and looted the property and reportedly drove NTC head Mustafa Abdel-Jalil to flee through a back exit. A leading member of the council has since resigned, and Abdel-Jalil has warned that the country risks heading toward civil war if protests continue to intensify. The euphoria many Libyans felt at the death of former leader Moammar Gadhafi last October has faded, and though elections for a constituent assembly are scheduled for June, it is hard to see a stable, democratic government on the horizon in Libya.

The young men at the protest shared a general feeling of discontent with Libya’s direction more than three months after Gadhafi’s death. But they also share another trait: they all live in Benghazi, the city where the NTC was formed and is supposed to have the highest level of support. Benghazi is where the Libyan revolution started, and many of the NTC leaders come from the city. In less than a year, the council’s self-appointed leaders — many are still involved in the governance of the country — have gone from beloved to vilified in the eyes of many who supported the revolution, including those from Benghazi. END_OF_DOCUMENT_TOKEN_TO_BE_REPLACED 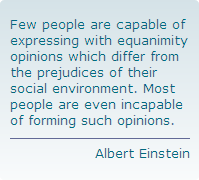